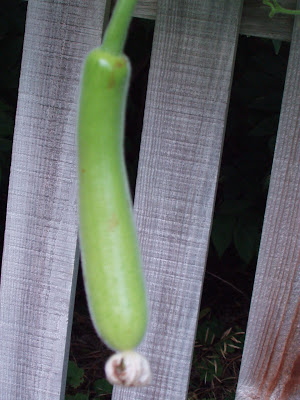 2 inch long baby bottle gourd - the picture is deceptive but the fruit was only 2 inch long. I will use my hand as a frame of reference next time!
In my previous post, I posted a picture of the bottle gourd plant that was growing. Since then, it is not only growing but taking everything down that is in its path :). I always knew bottle gourd was an avid grower but seeing it is believing it. We had this plant growing up and we would get tired of distributing all the produce to the neighbors, relatives and acquaintances, strangers :). We had so much produce that everyone in our house started to hate(read loathe) this vegetable. But alas, all that changed when I came to the U.S. As with many things, I started appreciating this vegetable more than I ever did in my entire life.

I remember my mom would make a lot of different dishes with the sorakaya/bottle gourd - sorakaya paluposina koora, sorakaya dappalam, sorakaya sambhar, sorakaya pottu pachadi, sorakaya pappu, sorakaya halwa, sorakaya kofta, sorakaya payasam even! You name it and it was done with this vegetable. We would even pick the seeds from a very mature bottle gourd and fire roast and eat 'em! Wow, that does bring back a flood of memories! Depending on how many of these I get this season, I plan to try all the dishes my mom used to make with it, time permitting.

After publishing my previous post, I have gotten so many inquiries about how I planted the garden, how to maintain it etc. So I thought I would do a quick write-up of my "bottle gourd growing adventures"! About 3 months ago, a friend of mine gave me about 7-8 seeds and I planted the seeds in disposable water glasses (with a hole cut in the middle) in a soil-less starter medium (I used Jiffy). In about 4-5 days, almost all the seeds I planted germinated except for one/two. I then babied them for about 2-3 weeks inside with artificial lighting until they got the first two leaves and one true leaf. I think by this time, I only had about 5 plants that survived. The rest didn't make it. I then took them outside and planted them then babied them some more. After yet another couple of weeks, I only had about 3 plants left (which is what I have now). The initial growth felt like it took for ever. After the plant became well established, there was no stopping it. It keeps putting on new leaves overnight. It is truly an amazing experience to watch it grow.

Then one of my other friends told me that bottle gourd actually produces two types of flowers - male and female. And get this, they need to be "pollinated" for the baby bottle gourd to be born. She said that if there are bees in the vicinity there is no need for the hand pollination. When the flowers first started appearing, I could only see one type of flower. I had no idea if that was a female/male flower and if I needed to pollinate them. Then I did what any normal person would do - I googled! I found resources that had pictures of how a female flower looked like versus a male flower. I also read that female flowers come up about a week-ten days after the male flowers start blooming. I breathed a sigh of relief and would go out each evening hunting for the female flowers :). Then finally one day, I saw two female buds and was waiting for them to bloom so I could pollinate them. I was able to pollinate one of the females, but the other female had bloomed when we were out one night and I never had a chance to pollinate that. So, the "non-pollinated" shriveled up and started dying where as the pollinated one, started growing. It took about 8 days for the 2 inch fruit that was on the back of the flower to turn into a 11/2 feet gourd. So as of tonight, I now have my very first homegrown bottle gourd in the U.S. It is amazing how much joy and content such small things bring to life.

I am planning on going down the list and making the sorakaya paluposina koora with the very first gourd. 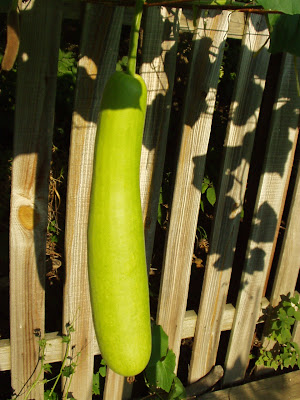 Hello Blogland - It has been a while (read months) since my last update. Life has been a little bit crazy leaving very little time to blog. A big thank you to all those who e-mailed and left messages to check up on me!

Since Summer officially started a couple of days ago I decided that I am going to do something new this summer i.e. blog more :). I am pretty sure I lost the very few readers that I had so now I have to start all over again!

I thought I'd start with some pictures from my very first vegetable garden! 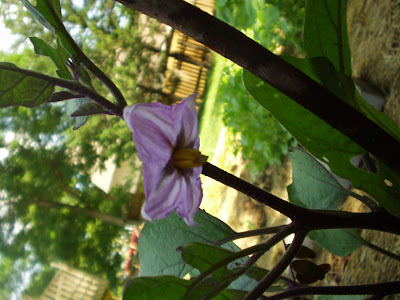 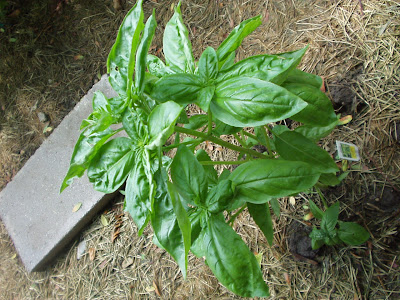 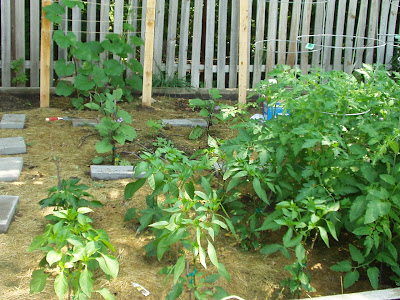 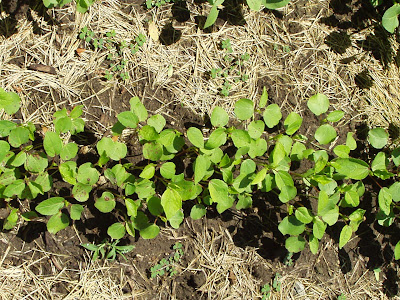 Gongura (a native Andhra leafy vegetable) in its infancy 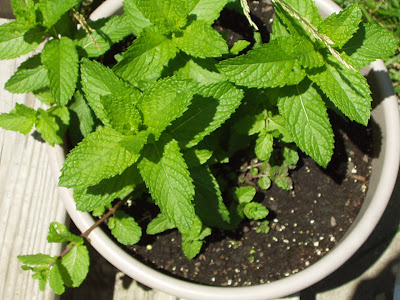 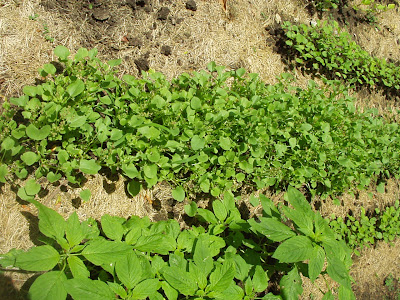 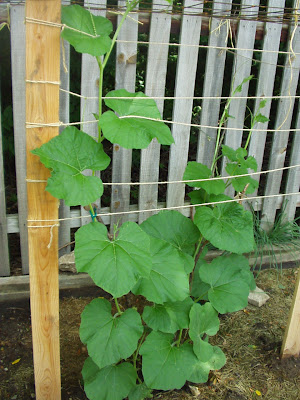 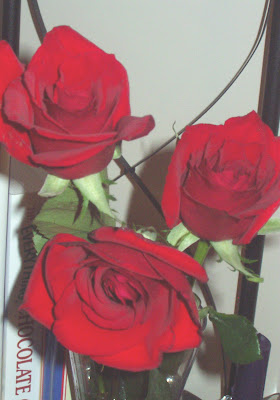 Happy Valentines Day everyone!
Posted by Luv2cook at 5:19 PM 4 comments: 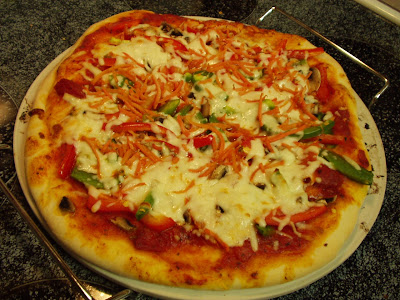 pizza out from the oven, ready to eat
Until about a few weeks ago, I never made my own pizza dough. I either bought the pre-made crust/ frozen pizza dough or worst yet the "pizza kit" that they sell at the stores. It always seemed like it would be a very daunting task to make dough from scratch.

I saw Elise's post on homemade pizza and that gave me the go-try-making-the-pizza-dough-now motivation. Thank you, Elise :). I even bought a pizza stone recently on one of my trips to TX so I was itching to break it in as well.

The major hindrance I have in bread making is that I don't have a stand mixer or a bread machine which means I have to knead the dough by hand. For pizza dough though, I had seen somewhere that the dough could be made in a food processor. Off I went to test my google skills and I found Sara Moulton's recipe and Emerill's recipe.

I mostly followed Moulton's recipe except for the following incorporations from Emerill's and Elise's recipe. 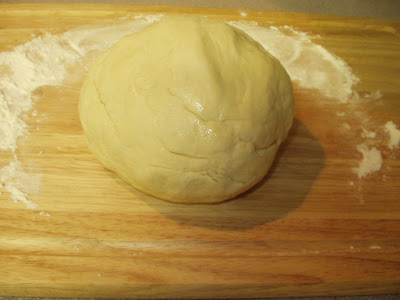 pizza dough, ready to be put in the oiled bowl 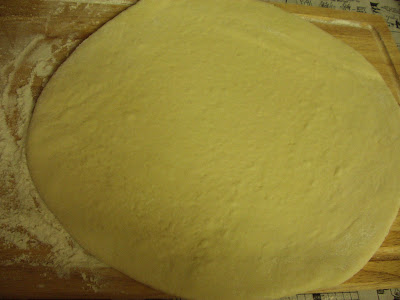 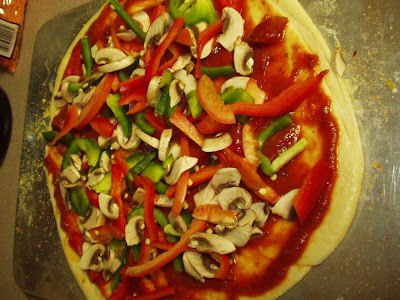 turned cookie sheet being used instead of a pizza peel 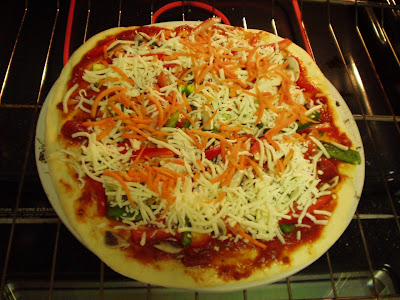 pizza, ready to bake
The pizza was so good and it did not seem like it was too much work at all. Infact, after the first try, I have made it every week since then. Now as I sit here blogging, I am thinking "why did I take so long to try the homemade pizza?"
Posted by Luv2cook at 2:03 PM 11 comments: 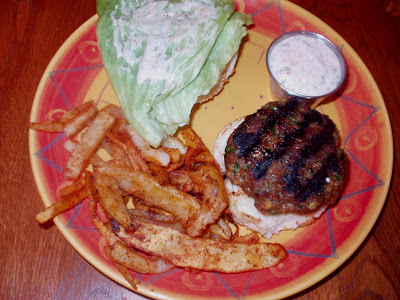 turkey burgers with oven fried potatoes and yoghurt sauce
Well that is a very long title :).

I had a little more than half a pound of left over turkey from last night's pasta, so I thought I would put it to good use by making burgers out of them. I also had one lonely sweet potato and one baking potato in the pantry which I thought would make excellent oven-fries. You will notice that the veggies (green pepper and green onions)

The inspiration for the dipping sauce came from Rachael Ray. I was once watching an episode in which she made the sauce for some potato fries. I did make it with different spices so it tied well with the burger.

Eventhough this post is long, it won't take more than 45 minutes to pull this all together (not counting the baking time for the fries).

For the Yoghurt Dipping Sauce

If you have home made yoghurt and it is made with low fat milk, drain it for a couple of hours in a cheesecloth so all the water comes out and you have thick yogurt. If you use store bought yoghurt or use yoghurt made with whole milk, you can skip this step. To make the sauce, for 1 cup of yoghurt, add some chili powder to taste and about 1/2 tsp of crushed dried mint and mix well. 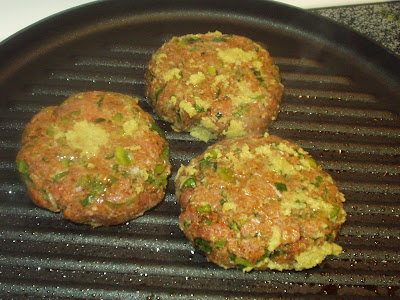 turkey, veggie, rotini pasta bake
I love pasta. I make some or other pasta atleast once a week if not more. I like pasta because it is easy to make, I can load it up with a ton of veggies and it is very fulling at the same time. 90 percent of the time, I make it with veggies alone. But today, I added in some ground turkey along with the vegetables. For this recipe, it is faster if you are a multitasker with the stove. One burner for the pasta, one for the veggies and the other for the turkey. 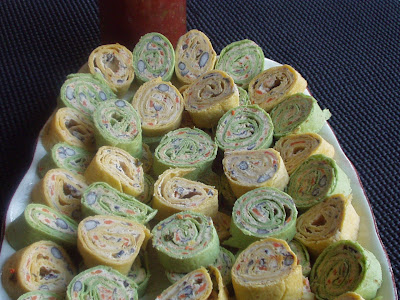 First off, thank you to everyone that checked up on me :). It has been a long time since I blogged. Life was a little busy the last couple of months and I always felt like I had "other" things to do than blog. Well, now I hope to be back (hopefully, seriously). And what better day to resume blogging than the Super Bowl Sunday!

These pin wheels are what I took to a Super Bowl party tonight which had a "Southwest Theme". This recipe can be considered to be a "base" recipe to any tortilla pinwheels as the possiblities for the "fillings" are endless. 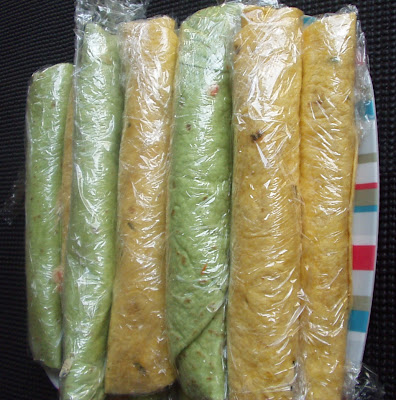 tortilla wraps ready for the fridge
* - I avoid using canned food whenever I can. So, I hardly buy canned beans. I do have a couple of cans stuck in the basement (you know for when we are stuck down there riding a tornado out :) ). I cook beans in bulk. I cook about a pound bag according to the package directions, then freeze them in 1-2 cup freezer bags. I then pull them out anytime I need them.

PS - Other variations for the filling include - finely chopped celery, finely chopped green pepper, finely chopped cucumber, thinly sliced turkey/chicken breast (layered on top of the creamcheese mixture before rolling out), replacing creamcheese with hummus for a healthier alternative etc. The possibilties as I mentioned are endless :).